Hi traders! Today is a quiet day for the stock markets, Trump expected to name: Steve Mnuchnen to Treasury Secretary (GoldMan Sachs Exec & Big shot investor). Trump otherwise looks to cancel the Immigration worker Permits hugely, by knocking down cities like Florida and California. Opec (Oil)  Is also not performing as well, sometimes the valuable things of the planet become mixed in the bag. Markets performed well yesterday, with all the american markets going green, and the asian markets being mostly green as well. (except Shanghai).
Hope that all you traders are fed with the following links:

Hi traders! today is all about trump and the choices of his cabinet, he wants Mitt Romney to be his Secretary of State and hire him for the job. (They hated each other last year, before the Trump became president) but it is nice to see Republicans making it happen for each other.

Stock markets have been going aloof, here’s some news:

Asian Markets have also been working:

Hi traders! today is a positive day for the markets, Trump is making connection with the tv industry and the political world. China/Taiwan is having problems with Flights/Politics. Trump talked with Wolf Blitzer, of CNN and other anchors that hold seed in the Political market.  Reese Witherspoon is forming a Media Company.  California’s Silicon Valley is Behind Trump’s Evil Plans of Ruling the Human Brain.

Hi Traders, today is a quiet and cool day for the stock markets, India is having trouble with currency but fighting the good fight in the Stock Markets, red 1% down numbers.

American Stock market went Red this weekend, don’t know what to do in the Market, ASK TRUMP! 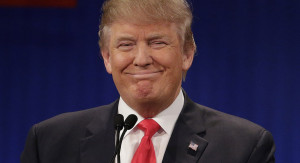 Yes, readers, Donald Trump is now the president elect of USA, America. There will be a lot of good solutions such as important checking on the treasury/stock market.

The Cabinet will be filled with important people from all the spaces of the world. The Campaign location is currently held in the Trump Towers, NY, NY.

The stock markets rallied at the victory of trump. Country leaders from all over the world basked at the Trump victory.

America will rise at its best for the next 4 years.

Mike Pence, VP is also  an important addition to the team.

This has been a busy week for traders, Tata / Mistry is having some trouble wit the company, Mac apple has released new Mac Book Pro’s. 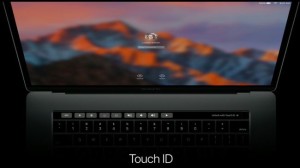 Tata has board/control trouble’s it is looking to get fixed soon.

Exxon has lots of trouble’s as well profit went down 38% but it is still better than expectation. The stock went 1.4% down, now looking at $85.72. Dollar 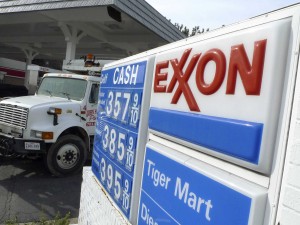 Also Samsung is getting in more industries such as Military and Glass.

Renault/Nissan To re-lead- Mutisibishi Motors and start bringing the company around.

Hi traders, how’s the weekend shaping up? I’ve been busy with Photoshop and Dreamweaver and My Stock project (google finance) how is it with the fans?

The following is my stock market investments:

Hello traders, welcome to the month of September, The Stock markets have been up the last 2 months due to lots of tech news, auto news and valuables 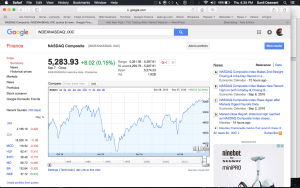 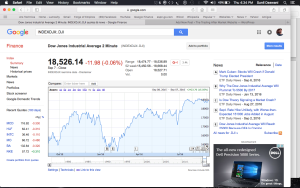 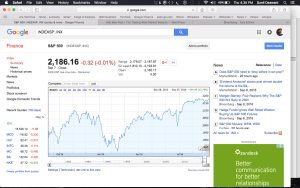 Hope this week will have more posts,

Today’s stock market is not so busy, but twitter is abuzz with Hillary & Donald Trump news. This years election will be interesting.